Pumori Corporation, one of the largest integrated engineering companies in Russia, has began preparations for the main exhibition of the sector, Metalloobrabotka 2018. Alexander Balandin, Pumori Corporation’s General Director, Vice-Chairman of the Sverdlovsk Oblast Engineering Union, Presidium member of the Ural Chamber of Commerce and Industry, told TASS about the preparation for the fair as well as about changes going on in the industry. 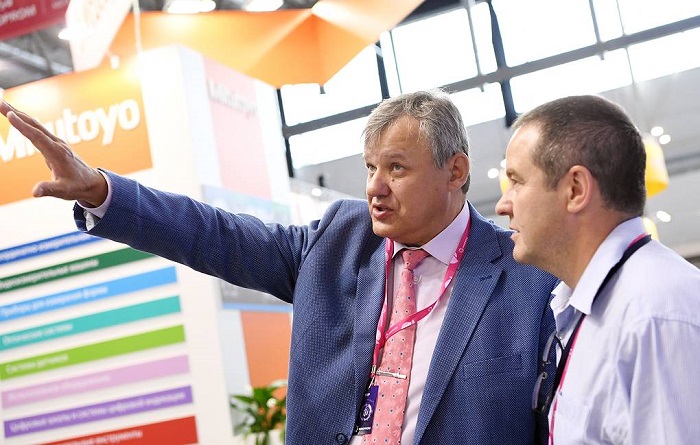 Mr. Balandin, the largest specialized exhibition in Russia, Metalloobrabotka, is soon to take place in Moscow’s Expocentre. Each year you exhibit there with a large stand. How are you preparing for the main exhibition of the year? Will you display your new Genos 200 machine-tool?

Metalloobrabotka is the year’s largest exhibition project, and we prepare for it the whole year. After the previous exhibition we already reserved the spaces, and during the year we worked to choose what and how we would exhibit.

The range of our activities remains the same. The main points of attraction for our visitors are our own tool production and the new products invented and designed by us during the year. We observe a certain development in this sphere.

We are talking about measuring and boring systems, which we bring up to global standards. I think visitors to our stand in the coming Metalloobrabotka will take a great interest in this agenda.

The second important aspect of our stand is cooperation with the world’s largest machine-tool makers. That means engineering solutions which can be implemented using modern technologies in Russian industrial companies, our customers. We are to display new machine-tool producers, which, let’s put it this way, are somewhat free from sanctional restrictions, above all, manufacturers from Taiwan and India.

Tell us more about them.

The Taiwanese partner is a very interesting manufacturer making, among others, large gantry machines. The history of the company dates back several decades, but in the early 2000s they leapfrogged ahead and began to manufacture products that made them conspicuous in the world market.

The Indian manufacturer is our long-standing partner. It is on rise, and has added new milling and turning models during the last year. Indian economy is faring well now, and so is the machine-tool sector. Our corporation make this company's machines in Perm on the “CKD plus local content” basis.

This equipment must be in demand in the so-called economy-class segment. We will show all that in Metalloobrabotka 2018 and receive feedback.

And what about your oldest partners, the Japanese?

This year, same as previously, we will display joint products with the Japanese Okuma Corporation. Now, new models are being prepared for exhibiting; first of all, machines with the Y axis. In previous Moscow exhibitions we demonstrated GENOS 300’s, and this year we hope to show 400’s and 200’s. We've already had the negotiations with Okuma; now it is important to have them all in the stand.

So, will you show them or not?

How is the tactics and strategy of the company changing in connection with the so-called ‘sanction loop’ and the recent ‘Kremlin lists’?

We don’t feel like changing our plans, but life itself makes us do it. For example, we have left the target output of GENOS L300 M machines in 2018 at the level of 2017. The demand has not corroborated our strategy to increase the production and sale of these machines with every year. We have taken a certain wait-and-see attitude, and for the next year or two we will produce 30 machines of this kind yearly.

We will assemble one and show it in Metalloobrabotka. So far it will only be one unit. Then we’ll build up a portfolio of orders; we do not intend to produce to stock. The volumes of production of 200’s, 300’s, 400’s and their modifications will be based on the visitors’ interests and priorities, on what they will demand from us. It is primarily feedback from them that will underlie our fundamental strategy for this high-tech equipment.

All models produced by Okuma for the whole world — that is hundreds and thousands of sets every year — are economically justified. If one works on a local market, manufacturing a wide range would be risky and in most cases, unfeasible. The right way is to work for the domestic market, study the demand, including participation in exhibitions, and based on that, building a production strategy.

And all that said, is the non-increase of production a result of the sanctions?

I don’t think it’s all that simple and in parallel. There are objective market laws for final products. To understand how machine-building is feeling, one has to learn how many machines and how many tools are being bought. If, on the whole, no upsurge of final demand for a product, for example in the oil or automotive sector, is observed, then there is no upsurge for the means of production, machines involved in making this product, either. And nobody will make them for keeping. Therefore, in answering your question I will say: the sanctions are by far not the main thing.

What is being changed in the plans of adding local content to Genoses?

We built a base of those who supply their products to replace imported components. Some of the machine’s elements are now made by ourselves. Speaking of further local content would be at this stage of production sheer boom rather than rational and economically justified specifics.

Look, if we take the machine frame, for example. It will only be justified when the annual demand approaches 200 sets. Then the machine making the frame for other machines will have an adequate workload. Any other solution in this case would be regarded by specialists as dubious.

In sum, the formula for this kind of decisions is like this: demand–investment–ROI–payback. Declarations in connection with sanctions and things, they’re all rhetoric. But we are already used to the sanctions and to the rhetoric on both sides. There they cry, “We'll stifle you”; here, “We'll make everything ourselves”. As a result: that side has not really stifled us, and, given mutual interest, they always find levers of collaboration; this side has not made much except for some elements. I don’t know about other sectors, but in machine-building, that is the case.

Everything that is being said within this rhetoric looks more like a ‘delayed’ start for future, an outline of wishes and intents. Such things cannot be done on a hit-and-run basis, they take not even years, but decades. The machine-tool industry cannot possibly be restored in a year or two, it is productive, painstaking work of many years. To say nothing of the money needed.