TASS, 8 June. Pumori Corporation reviewed its participation in the Metalloobrabotka 2022 international trade show, which took place in Moscow’s Krasnaya Presnya Expocentre on 23–27 May. Pride of place in Pumori’s stand (this time it was in Pavilion 2) was given to tools and robotic systems developed in the Corporation, said Pumori’s press service.

“This year’s exhibition had noticeable distinctions from the previous ones. There were much fewer foreign exhibitors because of the sanction restrictions. For the same reason, the make-up of Russian exhibitors shifted significantly, since companies that had been marketing only products from such countries and regions as Europe, Japan, or North America, did not take part”, noted the press release. The forefront was occupied by businesses offering equipment or tools made by themselves, and/or products from the PR China and India.

“Notwithstanding the change in the number of exhibitioners, the attendance both in the fair and in our stand went somewhat up rather than down, mostly due to our target audience. That is evidence of a high consumer demand, with replacement of brands subject to sanctions as one reason”, said the Corporation’s Commercial Director Oleg Polukarov.

According to the press release, the linchpin of Pumori’s range of exhibits was a broad spectrum of PUMORI clamping tools designed and manufactured in the Corporation, incl. boring systems, chucks, Pyramid visualization system a. o. “Now that Western toolmaking companies are leaving, interest for our tools has grown considerably, the more so as they are a worthy match for foreign counterparts in both performance and price”, added the press service spokesperson. Likewise, great attention was paid by the visitors to Pumori Robotics, automation solutions designed in Pumori. “According to statements by our visitors, our display of automation was one of the best in the exhibition”, asserted the spokesperson.

“The Corporation has successfully implemented a stand concept combining economy with high quality and convenience for staff and visitors”, said Mr. Polukarov. “Proper preparation for, and spirited work in, the exhibition have brought about good results: the figures of negotiations and sales expectations achieved this year are practically at the level of 2021”. 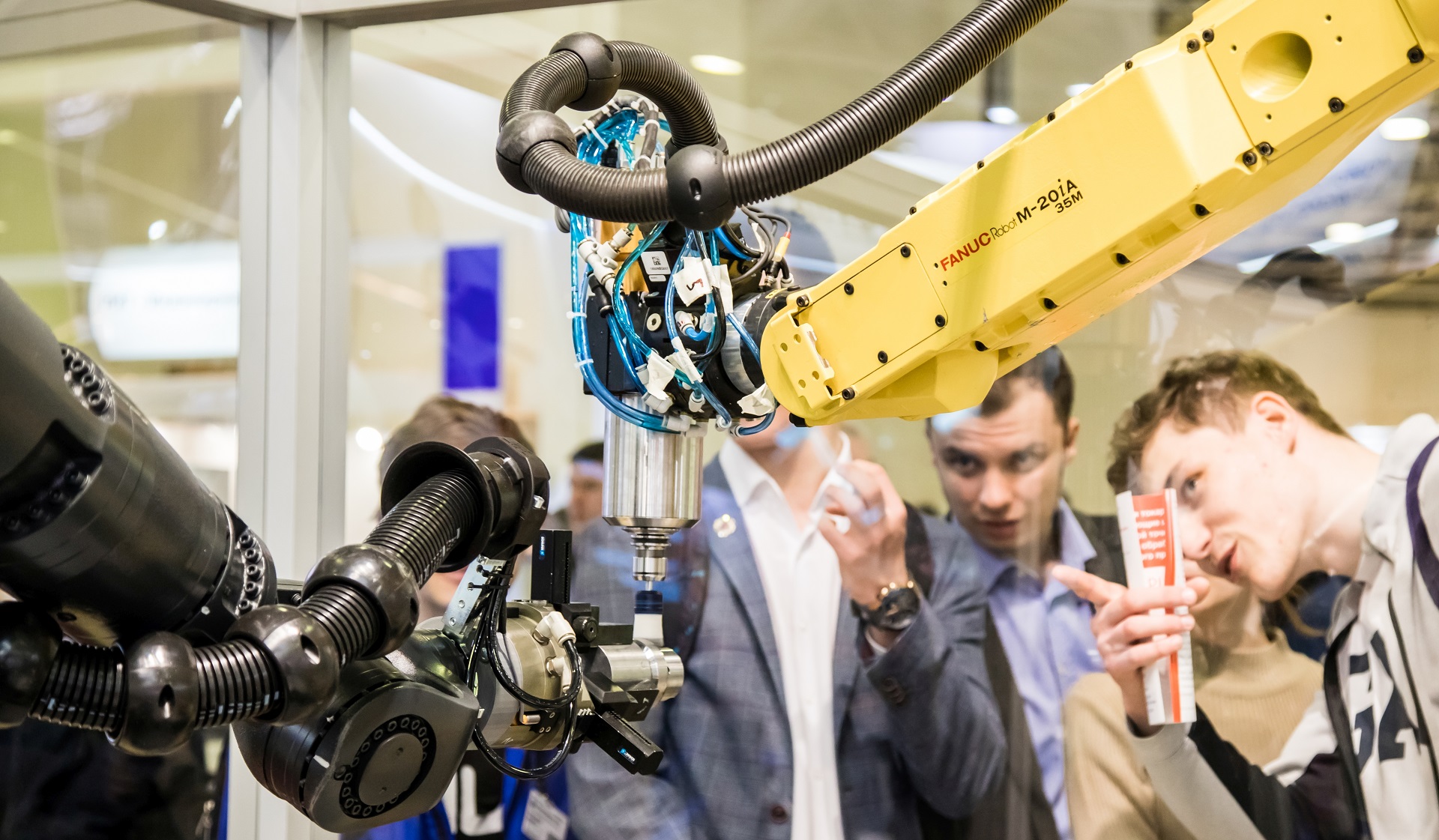