Pumori-Engineering Invest is well known to the machine-building community of Russia and the CIS as leading expert in innovative technological solutions for the sector. In 2011, the company moved to a new development level, starting co-production of machine tools with OKUMA Corporation, its strategic partner. During those years, Pumori-Engineering Invest turned out over 150 Genos turning centres; their local content now amounts to approx. 65%. A large-scale poll of Russian machine-building community about OKUMA–PUMORI machines carried out in 2018 brought forth interesting statistics.

At present, the Russian State is trying to help factories with re-equipment, boosting domestic consumption and demand for Russian machine tools. It is not an easy task, but there are positive shifts: almost half of those polled (48%) expressed their preference for the Russian-made machinery. They represented primarily companies with government participation or special-purpose financing. Otherwise, the paradigm of superiority of foreign machine-tool industry over the Russian one is remaining rather stable. And that is quite explicable: in the 1990s, due to the change of the social framework in the country, Russian machine-tool builders were artificially pushed ti the curb of progress. At the same time other manufacturers all over the world were moving forward with seven-mile steps, developing the technologies and constructs, and applying new materials.

Ten years ago Pumori Corporation placed its stake on development of collaboration and of cooperational ties with Japanese OKUMA Corporation, leader of the world’s machine-tool production. That decision led to Pumori’s mighty shoot forward and allowed it to gain a position of leadership in the Russian market. Initially, Japanese machine tools were assembled in Russia under close attention of specialists from Japan; later, we ran it on our own. The Russian company needed a lot of things: new competences, new knowledge, a special experience of producing complex metal-cutting equipment!

Our specialists together with their colleagues from other Russian companies are gradually making OKUMA–PUMORI a truly Russian machine-tool brand. The local content of their production is close to 70%.

The reliability of Russian machine tools — up to the Japanese mark!

Customers are happy with Pumori machine tools. As a rule, the customers rate them in the poll notably above the average. The highest rating is given to the parameters of the OKUMA–PUMORI Genos series. Unrivalled accuracy, rigidity, and reliability of Genos machines are due to their strong cast iron frame,massive turret, and a special thermally-stable design. All those “genes” have been inherited from the Japanese OKUMA Corporation! It is of key importance that the excellent performance characteristics of Genos are fully preserved in the machines fabricated in Russia. The quality and the compliance with the values set are guaranteed by multistage tests made by Pumori, including the acceptance checkout, during 40 hours of continuous running.

There is a five-year warranty for the positioning precision; certainly subject to conformance with the conditions of operation.

Servicing is THE thing

How were Russian machine tools maintained earlier? The stereotype immediately comes to the mind that they were eternal and fail-safe… and nobody took any particular care of them. That is certainly not true. There were both emergency repairs, and scheduled maintenance tasks, and a system of preventive maintenance. Now, it is servicing that our customers pay particular attention to in the process of operating the equipment. And fail-safe operation becomes key factor for efficiency and competitiveness of the production as a whole. The poll showed that 78% of the customers are fully satisfied with the servicing provided by Pumori-Engineering Invest. It is a most important area for continuous further development and consistent improvements, with the aim of being closer to customers and making the operation of the machines reliable and fail-safe; and the cooperation between machine manufacturers and customers, as seamless as possible.

Together to digital future!

Russian machine tools are winning more and more ground from their foreign counterparts. That includes the OKUMA–PUMORI Genos turning centres. Now, we are moving toward digital technologies using these machine tools, and that involves construction of robotic cells and automated lines. Obviously, the machine-tool manufacturer’s main partner is now the customer ordering the equipment! And, most of the times when customers successfully solve their tasks with the product and technical solutions of Pumori-Engineering Invest, they come back to continue working together!

And what machine tools do YOU use? Russian OKUMA–PUMORI  machine tools are waiting for their buyers in Pumori-Engineering Invest! 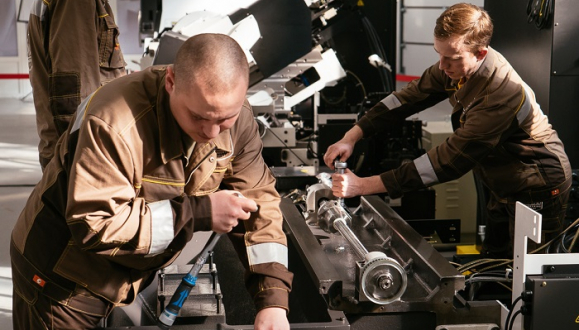 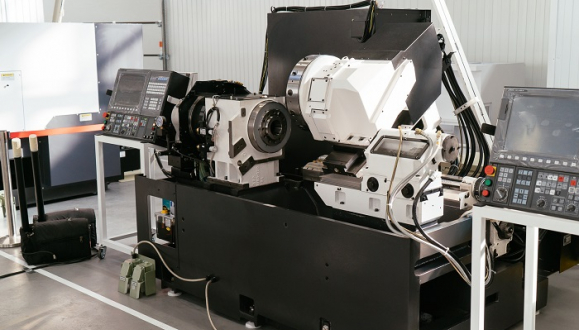 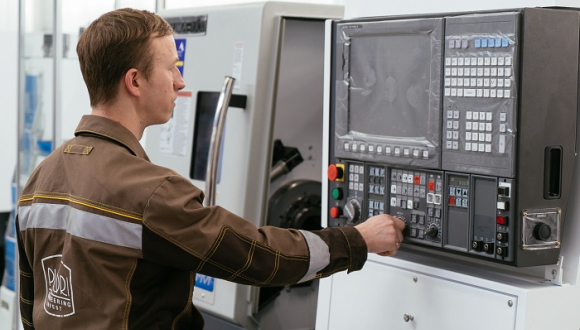