The Ural Tooling Systems Works (UZIS, a Pumori company) has developed and is launching the production of three new boring heads.

Backlash makes head adjustment a longer and more complex process. UZIS designers modified the head, decreasing the backlash several times during setup. It simplifies and speeds up size adjustment, and, most importantly, reduces imbalance dramatically, which results in less noise and vibration, better productivity, and a longer life of machine components. This improvement will be applied to all PUMORI boring heads. All previously purchased PUMORI cutting tools and shanks are compatible with the backlash-free boring head.

Modifications of the boring head design have made it smaller. This results in a reduced overhang to machine larger pieces, and an increased rigidity to allow for a much higher speed and a better finish. Unlike compact heads of other manufacturers, this head is universal; all previously purchased PUMORI cutting tools and shanks are compatible with the compact boring head.

Hydraulic clamping provides increased clamping strength to any rotary tool and greatly dampens vibrations during machining. Besides, the hydraulic head is not tied to a specific tool design. All that makes it  fit not only for high-quality boring, but also for drilling and milling. The hydraulic clamp is located in the crosshead, and adding oil is easy.

Not only are all previously purchased PUMORI cutting tools and shanks compatible with the boring head with a built-in hydraulic clamp; but any tool made by other manufacturers is compatible if its shank diameter matches the axial bore of the collet of the hydraulic-clamping boring head.

For the first time in the world, all the wearing parts of the hydraulic clamp are replaceable. Hydraulic clamps from other manufacturers are not repairable.

On any PUMORI boring head, the conventional crosshead can be replaced by the hydraulic one. Therefore, at the customer's request, Pumori will fit any of its heads with a hydraulic clamp and/or with the (previously reported) digital readout device. 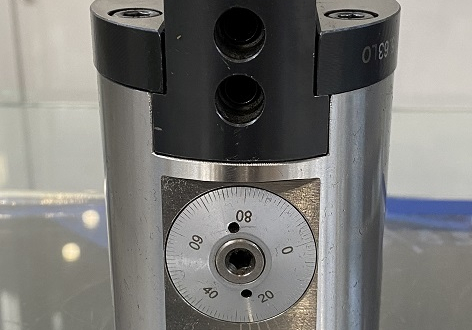 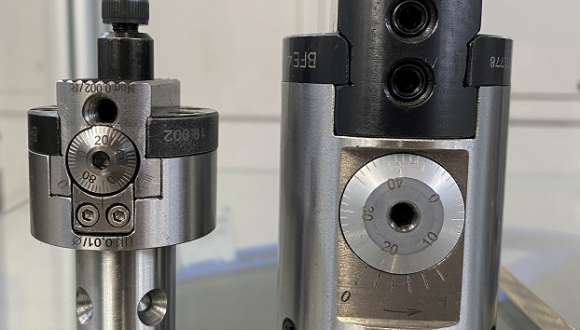 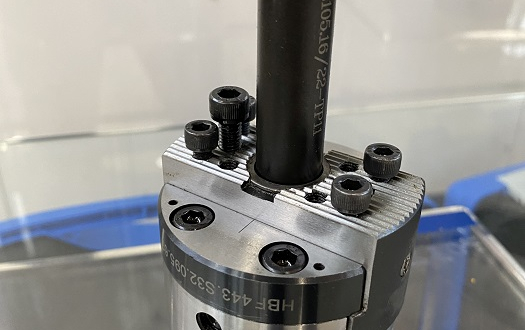