Pumori Corporation’s General Director: Now the workers can see that the captain is on the watch

The General Director of Pumori Corporation tells TASS about the year 2019, when the Corporation, one of Russia’s largest engineering companies, moved to its new premises without loss of momentum.

― Alexander Ivanovich, I have known your corporation since 2004, and all this time you have been in one location. It wasn’t easy there, but then, the transportation of hundreds of tonnes of your precision machine-tools seems too difficult. And you cannot discontinue the production: your customers wouldn’t be happy, and that with all the competitors around…

― It’s our third relocation since the establishment of our company. The previous locations were rented, the present one is our property. Precisely that — “our property” — has been the main impetus, driver, however you may call it. This plot, a so-called brownfield, is situated in the territory of a major Ural company, the Ural Industrial Rubber Products Plant.

You ask why move at a time when we are being pressed by customers, deadlines and competitors. But then, they have always been and will be there. Does it mean we never relocate? I believe we have grown into this decision. The plot, building, price and terms offered by the rubber plant were satisfactory to us, and even though we had to transfer the main part of the movable facilities, the costs of the relocation did not exceed the rent existing at that time at the old location. Besides, the new asset has, after we have overhauled and redesigned it, has a decent cadastral price, which allows us to enjoy many various preferences.

The main thing is, however, that here we can establish an engineering centre which has been my dream for many years. We have started to establish it. It is a self-contained, compact, and physically implemented intellectual and technology-savvy business. Now we are completing some formal modifications needed for the centre to be a legal entity, PUMORI Engineering Centre. In our strategy we have a plan to establish several engineering centres in the areas of Russia where industry, especially machine building, is concentrated. But it’s hard to speak of several engineering centres when the most important step is not taken, that is the initial reference centre is not set up.

We intend to replicate these projects, for example in St. Petersburg, Moscow, the Volga region: we have subsidiary companies in the two cities and in Perm. Such compact engineering centres, as I have said, should be established in the concentration centres of industry, primarily machine building, but not necessarily right in the megacities.

I am very glad that now we have purchased and made ourselves at home at such a location principally suitable for us. One doesn’t need much, optimally five thousand square metres, we have seven, together with the production workshop and the offices.

There’s another reason for replicating engineering centres, too: it is not always convenient to work remotely with a customer in the North-West when you are in Ural. Each of the engineering centres will address its audience based on the territorial and production characteristics. Russian companies that we cooperate with should be close at hand. The scope of our interests and application of our competencies should be scaled accordingly. it is advantageous both to companies operating there and to us. And since we have many years’ statistics, we understand which products will club us with each of our partners.

― Haven’t your competitors thought of it too?

― They also set up such models, but the main difference is that they are centred in Moscow. Our headquarters is in Ekaterinburg, and we have office in the Central and in other regions of Russia. I think our regional offices will very soon have to convert into full-fledged engineering centres.

― Didn’t such engineering centres exist in the Soviet Union?

― The Soviet Union had a history with regard to technological research institutions. Some of them are unique and are doing well at present; others are on their last legs. I see no reason why our engineering centres should be transformed into such institutions. We will do more applied work, but I don’t exclude elements of research, especially in digital technology, computer design, and computer-assisted production management. In the near future, we will hopefully put hand to ERP (Enterprise Resource Planning — note by TASS).

― Your Corporation is well known. For the first half-year of our being on these premises, people in our industry were watching how Pumori was doing. Moving a production takes a lot of effort and money; will you settle down without losing momentum? Besides, they say that moving is as bad as a fire…

― The idea of moving was seen by my colleagues as reckless, as good as crazy, as the CEO’s whim. There was resistance. I had to use reasoning, persuasion, promises, and even threats. People tend to fear changes. So do I, because only fools aren't afraid of anything. I certainly had fears.

― First, not to make it in time. That’s what happened, after all. If our gallant building professionals – and you know it as well as I do – promise to deliver by 1 January, you can safely read it as 1 April. I had corrected for that coefficient, and it came as no surprise to me. Thus was overcome fear No. 1.

The second was about our production of turbine blades: we intended to move it to the new premises, too. But the relocation jeopardized important orders and the tight delivery schedule at the end of 2018. The director of Pumori-Energy begged for mercy: “Alexander Ivanovich, it’ll be the death of me!” Therefore, I took the decision that wasn’t easy for me: to let them stay at the old location. Everything had to be replayed on the go: modification of the technical documentation, setting up of a new layout in alliance with the builders, who had already started to work on the site. Some sketches I had to do myself. The director of Sfera, the general contractor, was all his time on the site organizing the work on-stream.

The third, creation of an infrastructure which did not exist. Like IP telephony, which had been our dream; like the Internet, which at the old location had taken years to evolve. The Internet took some time and quite a lot of funds: dozens of kilometres of wire, a vast amount of lines, all of that to be checked and debugged; but that’s something a normal workplace is impossible without today. Our partner, Insys from Ekaterinburg, proved their competencies, working regardless of the day and hour.

― What about investment, expenditure and other money-related issues?

― Those are everyday life, not fears. In all that, we were comprehensively supported and aided by VTB, our financial partner. Thanks to the bank’s management for their understanding and cooperation. In sum, we have gone through all of that, people came, saw, and said…

― No. The opinion changes gradually. Now, after a little over a year, when I’ve heard people say all kinds of things… Currently most of the staff are satisfied: everything here is our own, the workshops are warm, the machine operators wear T shirts in winter while at the previous location they put on thick sweaters. It’s light, clean, comfortable. We have bought a bus and use it to take our people to the building. They say, this place attracts customers. And I answer: wait, we’ll make a place that not just attracts, but magnetizes customers.

From the idea to the result there was a certain period of time, which wasn’t exactly easy for me. I had to muster up my willpower and keep going.

― Where did the money come from?

― The monies were partly ours, partly borrowed. VTB bank specialists followed the course of construction and expenditure; perhaps, fearing we might spend the money the wrong way. It’s a joke. I want to ask them to give me their photos; they documented everything here — from a dilapidated, slovenly dump of a building to today’s cheerful centre. We didn’t think of the relocation chronicle then: had other things to do.

In future, a greenfield would be nice, but we’ll use what we have for the time being. I consider the present variant a worthy stage of development, which will enable us to make further steps toward replication of such centres in Russia.

― It seldom happens that a branch, not the headquarters is located in the capital.

― I don’t know, I don't keep a watch on it. You know better. But if you mean whether we are thinking of moving the Pumori head office to Moscow by reference to our scale, geography, presence, and status, I will tell you this. I am not going to change my dwelling place. God knows how long I am to continue working. But I will go on working, keeping in mind that it was here that Ilya Kolka, my teacher and predecessor, worked fruitfully for a long time, and is still working.

― During all this time, Pumori has not reduced its exhibition activity, participating in all largest Russian and global fairs of the industry. How did you manage that? Inertia of decades?

― There are some points which have become part of the corporate culture, an important element of the image. Taking part in exhibitions is one of them. It is not related to the location, or even to relocation. Exhibitions are planned beforehand, a year in advance, and cannot be cancelled. As soon as one exhibition comes to the end, the contract is concluded for the next.

The exhibition and the relocation were not directly related. Moreover, in Innoprom 2019, we were able to get together and bring our numerous customers and partners to our new location. They said it was nice; I think they took an all-embracing glance, saw a new face and content of our corporation — compactly, vigorously, rationally. Everything can be seen at a single glance, from the ‘captain's bridge’, how I call the place from where you can see the whole workshop at once. It’s just a few metres away from my office. I can immediately see who is doing what, whether it’s warm in winter and cool in summer, if it’s clean and light; and the workers also see that the captain is on the watch. 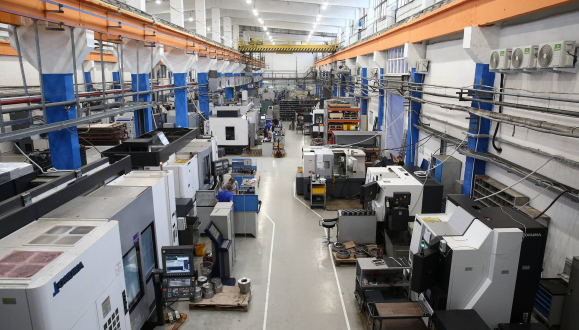 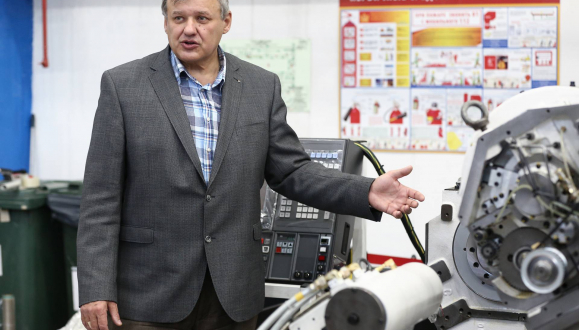 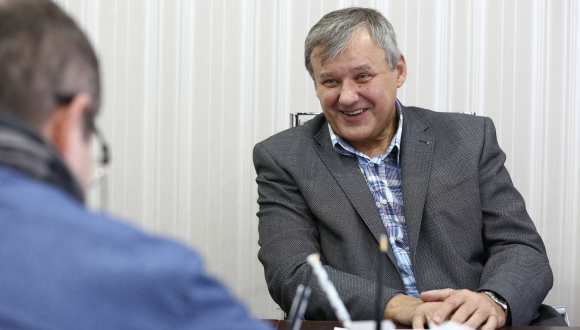