On 15 October, Ural-Tool-Pumori, a company from Perm, celebrated its 25th anniversary.

In 1993, two companies — Ural-Tool and Pumori-Tool, were taking part in the machine-building exhibition in Perm. The managers and coworkers of the companies noticed that they were dealers of suppliers marketing very similar product ranges with small differences. They discussed it and decided to establish the Ural-Tool-Pumori limited company to join efforts and complementarity of product lineups.

Since 2001, the company has been engaged in direct deliveries of tools made by the world’s leading manufacturers.

In 2007, Ural-Tool-Pumori concluded cooperation agreements with member companies of the leading Indian machine-tool manufacturer ACE Micromatic Group, following which the group’s machine-tools began to be sold to Russian enterprises. In December 2013, an agreement was signed with AMS, an ACE Micromatic company, on machine-tool assembly in Russia. Since then, Ural-Tool-Pumori started the production of several models of vertical milling CNC centres. In 2016, a similar agreement was signed with another Indian company, ACE Designers, to launch assembly manufacturing of CNC lathes.

In August of the same year, the Training and Demonstration Centre was opened at the mechanical and technological faculty of Perm National Research Polytechnic University (PNIPU). Since 2008, the Centre provides practical training of would-be process engineers and programmers. That was the first centre of the federal network of training and demonstration centres that Pumori Corporation is establishing in the country’s main industrial centres.

In 2008, comparison tests were carried out in a customer’s production to obtain increased cost effectiveness of cutting tools used, better productivity of technological processes, and to introduce innovative machining techniques.

Since 2006, Ural-Tool-Pumori has been confirming compliance of its quality management system with the ISO international standard; at present it holds the ISO 9001:2008 certificate.

Ural-Tool-Pumori's staff numbers 51 people now. They are optimistic about the future; the company plans development of Russian–Indian machine-tool co-production, introduction of all levels of tool management systems in customers’ facilities, and refinement of the package of engineering services rendered to customers from various branches of the Russian machine-building industry. 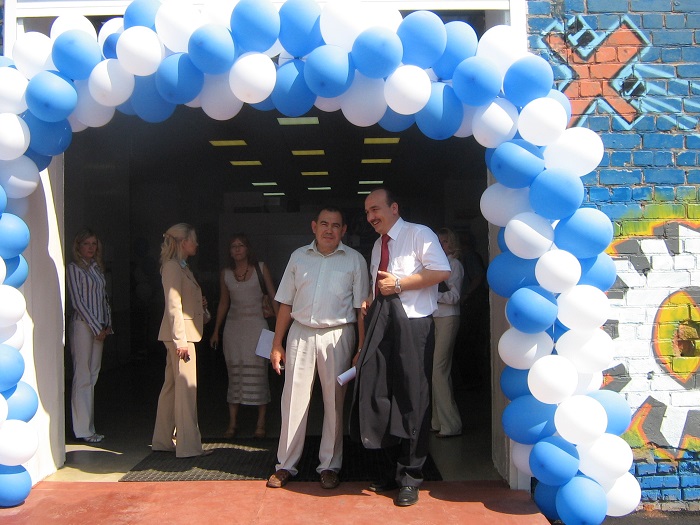